Ladies and gentlemen, I am honored to be here to tell you of my experience, as a living witness of the many thousands people who were tortured in Khomeini's regime in Iran.

Being a supporter of People's Mojahedin of Iran (PMOI) , I was arrested in 1982, when I was 16 years old. I spent 6 years in the regime’s prisons.

My first experience of torture was immediately after my arrest. After being beaten severely, they took me to the Revolutionary Guard (Sepah) detention center in Tabriz. At the very beginning, I could hear the cries and screaming of people who were being lashed on the torture beds. As there were not enough beds, they fastened me and started to whip me with an electric cable for about an hour. The goal was to take confessions about the hiding places of my friends. I had been beaten in the street by the regime thugs (phalanges), but the horrible pain of lashes were something new to me.

The next day, they took me to the Tabriz prison. As they queued us in front of the wall, I could see from beneath my blindfold the other prisoners who had broken hands or legs.

Then they threw me into a tiny cell as small as 3 square meters along with 16 other detainees. It was hard to find a place to sit. Over there, we were always half hungry. For all of us, we were only allowed 3 times of 10 minutes per day to go to the toilet, and even that depended on the whims of the prison guards. They gave each one of us a bowl to eat but the inmates were so much under pressure that many defecated on the very bowl in which they had to eat afterwards.

I was detained there for 28 days. We were all whipped and injured. There was no shower. Almost all of us got lice because of the filthy situation.

Each night, they took some of us out and we heard the gunfire. Some never came back and we knew that they had been executed.

During this period, I was interrogated twice. After each interrogation, they set up a fake execution, in which they blindfolded me and fired automatic guns very close to my head. The goal was to scare us to death, crush psychological resistance, and get confessions.

On the occasion of the second fake execution, I saw from beneath the blindfold the bare corps of girls whose breast were torn apart. The guards were greedy to loot the precious belongings like necklaces and earrings. The floor was muddy and stained with blood.

One of our inmates had his finger cut off. All his fingers were crushed with the gun's butt and then they put his hand into boiling water. The guts of Ibrahim, another inmate, was protruded, as the lashes tore his abdomen.

Another inmate, has his jaws broken by the attorney. We fed him with drops of water. Eventually, Ebrahim was executed before receiving any treatment. They did not need to spend on medical care. My nails had fallen off.

Days and nights the crying and moaning did not stop, as if we were living in an unending nightmare. Never can I forget all that.

If the prisoners knew that someone's wife of sister was detained in the Women's section, the guards raped them and they came back next day and joyfully boasted about their conquest. All these were devised to crush the inmate's personality. Rape was very common. The least was that the guard took his penis, rubbed it onto the prisoner's face and urinated on him. This happened to me. Later on, we realized that most of the guards were criminals who were themselves inmates in the previous (Shah's) regime.

Eventually, due to some disorganization in the prison bureaucracy, I was released and fled to Tehran.

I got arrested again in Tehran. They took me to Evin prison. Again I was beaten and taken to the torture chamber.

In Evin, torture was more organized. They fastened me to the torture bed so that my belly was supported only by a wooden slab. They put my socks into my mouth and started to whip me. After each 15-20 lashes, they took off the sock and asked me about my friends. After about 3 hours or so of lashing on my feet and back, they took off the slab. I could hardly stand straight. My backbone was stiffened and my feet were burning. The pain was so intolerable that I fainted. I woke when they splashed water on me. Then, I was hearing the constant voices of crying and moaning, including crying of children who were brought in along with their arrested parents. After taking me off the torture bed, they gave me milk and by beating, forced me to walk on pebbles-like material, presumably to avoid my feet's skin to tear apart.

Afterwards they took me to a solitary cell and hung me by hands, as my hands were tied from behind, onto the cell's barred door.

The fifth day of interrogations, when I was waiting blindfolded at the door of the interrogation office and I was struggling with myself to not confess anything that would lead to my friends’ arrest, I saw, from beneath the blindfold, a girl whom they pulled by her scarf as she hardly walked. Her feet were fully stained in blood. By seeing her resistance, my spirit was enormously heightened.

I was detained for 2 month in solitary cell inward 209 of Evin Prison. Then I was moved to ward 3, in a 6x6m cell along with 131 other inmates. There were 3 toilets and 1 shower for all of us. In 24 hours, we were only allowed three times 20 minute to use them. Any reason was enough to halve our food ration.

In a 3 minute court, I was sentenced to death. In the very courtroom I was beaten by the «judge» and the attorney. My «crime» was that, as a workshop worker, I donated three pairs of socks to PMOI members. They still did not know that I was actually a member of PMOI. That day, I was lucky though. Since I had scars, after the «trial» they took me to the adjacent corridor. There was a chaos over there, and I could mingle with some other prisoners and came back to the ward.

Three month later, I received a 10 year sentence. I could see my family after 6 months for about 5 minutes. They were unaware of my detention place for a couple of months. From then onwards, I could visit them once per month. Always on the days leading to the visit, my family had to suffer great stress because they were told that if I did not repent, I might be executed before the next month.

Now let me tell you about my next imprisonment in Ghezel-Hesar prison:

At the very beginning, they showed us their hospitality by whipping each of us with 25 lashes on the back. Then they took me to the «cow-house». The place was indeed an ex-factory farm. There was one toilet for 100 detainees.

One month later they took me to ward 8. Over there, each cell was 1.5x2.5m large with a three storey bed, like one you see in barracks. On times, there were up to 35 people crammed into the cell, so that 9 people were to sit on the bed. The best place was near the window were one could breathe some fresh air, so we rotated the place. I was in this cell for 9 month.

Then they took me to ward 3. Any slight discontent of the guards was enough to take a detainee to the interrogation office. Over there, the detainee had to stand up for hours and hours. Those who dared to sit down, were brutally beaten. After 3 days of standing up, you either lost your balance or fainted...

Instead of carrying on, I will just mention some techniques that I witnessed during my imprisonment:

- One of the worst torture techniques was to force us to watch video broadcasts of forced confessions, repeated time after time, sometimes up to 16 hours per day. In those confessions, detainees were to «confess» all sort of «perversions» which interrogators wanted to hear. The «confessions» mostly involved obscene sexual stories about members of their family and friends.

- Another technique was obligatory silence in the ward. On the 3 storey beds that I mentioned above, each bed was partitioned into 3 sections. We were not allowed to talk. We just had to stare to the wall. Because of this, At least 14 people in our ward got insane. Their moaning and screaming added up to our sufferings.
- They forced the detainee to eat his hair.

- To inflict enormous pain, they injected air under the skin (but not in veins).

- I spent 35 days in the «seaside ward», because I did not go to forced labor. In the seaside ward, we had no choice but to hear non-stop sound of falling water drops.

- Permanent hunger: They gave one loaf of bread for 8 of us.

- I spent about 2 month in a solitary cell as small as a telephone booth. This was a very common practice. The cell was absolutely dark. I was craving to see light. In comparison, even being tortured among others sounded a blessing. In that dark cell one gets disoriented very soon, so that you cannot say whether you are standing or sitting, let alone have any sense of time.

- It was very frequent that they rushed into the ward in the middle of the night and woke us with threatening battle cries.

- Fastening detainees in the prison courtyard during the winter was another common method.

- Sometimes they refused to give medicine to detainees with chronic illnesses, like hypertension, epilepsy or heart disease.

I can carry on describing those horrendous prison days, but let me cut short and tell you some of the lasting effects:

My right ear is deaf. I still have burn signs on my neck. Most of my teeth are broken and I use artificial ones. I still have pain in knees and have difficulty in walking. My sole is still swollen compared with other people. I had my testicle operated in prison and I have a skin problem that causes severe itching when I do not take a shower for two days.

But the most severe effects are psychological. I never get rid of the nightmares. I have difficulty in concentration even in language classes. Sometimes I stare to wall for hours, for no obvious reason. Any bad news from Iran cause me mental turbulence and then I suffer from insomnia.

I am alive with the hope of freedom for my country and bringing those criminals to justice. I wish one day comes when no one in the world suffers from torture.

Unfortunately, torture and executions in Iran are anything but stopped. Just a few days ago, the prison guards of Evin prison rushed into ward 350 and severely beat the political prisoners so that dozens of inmates ended up in hospitals. Despite widespread protests by public opinion, the perpetrators were promoted instead of being punished. Despite the new President's repeated calls for “moderation” and “respect for human rights in his country,” executions in Iran continue at an alarming rate. There have been over 70 executions carried out only in the last 20 days, 200 executions in the first quarter of 2014 and over 687 people were executed in 2013.

Thank you for listening.


Posted by Amnesty Luxembourg at 03:51 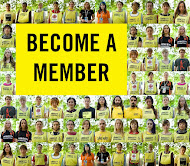